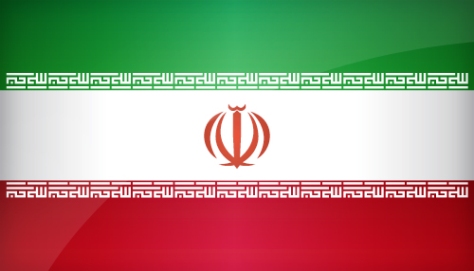 The challenge in Iran is that Iranian law considers a child’s religion to be automatically the religion of his ancestors. The child of a Muslim is a Muslim. Shariah law declares that a Muslim must never leave Islam, and to change religion makes that person an apostate. Being Muslim is important for the health of the state.

This principle explains why Saeed Abedini is in prison today, convicted of being a security threat. In other words, a Muslim who converts to Christianity is considered to be a traitor to the state.

Iranian law recognizes a right to be a Christian only for Armenians and Assyrians. Their tribal heritage is barely respected, and the use of Farsi, the national language of Iran, is forbidden in worship or study.

Recently President Obama met with Nagmeh Abedini, the wife of Pastor Saeed Abedini who is imprisoned in Iran because he is a Christian. She asked him for help in obtaining the release of her husband. The president said that he asks the Secretary of State John Kerry to mention Pastor Saeed whenever he is meeting with officials in Iran. She described her meeting and concluded this way:

“As the meeting ended, I said, “My son, Jacob, has something to say.  Jacob said, “Mr. President, can you please bring daddy home for my birthday?” President Obama asked, “When is your birthday?” Jacob said March 17th, and the President said he would try very hard.”

The family solicits the prayers of all Christians that her husband may soon be released from prison and returned to his family.

The heritage of Christians in Iran goes back to the day of Pentecost when visitors from this region were in Jerusalem and many received Christ. They went back home and established churches in the region.

Currently, the government recognizes the right of Armenians and Assyrians to be Christians, although their use of the Farsi language is forbidden. Since that is their normal language, it is very difficult for them to sustain worship and other activities of their churches. Even the possession of a Bible in Farsi is forbidden.

All Christians are always at risk of arrest. Muslim background believers are considered traitors. Armenians and Assyrians who meet for Christian worship are at risk of arrest for meeting in an unauthorized location. A pastor can always be arrested on a charge of violating some regulation.

What can we do for Christians in Iran?

Many Christians languish in Iranian prisons; pray that they will be released this year.

Pray that the Iranian leadership might loosen its tight hold on Christian activity.