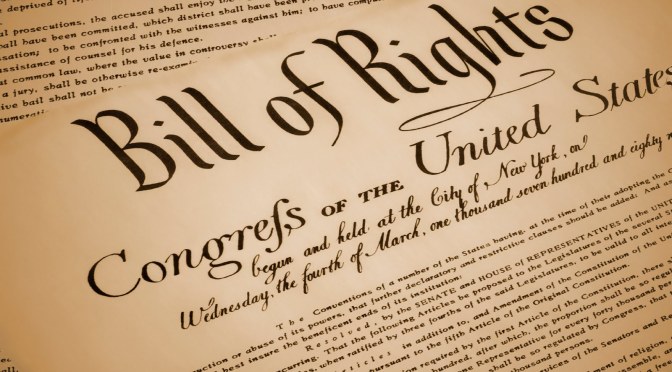 What rights did they believe God had given people?

They believed that the rights established in the Declaration of Independence were high level statements. God had given everyone the right to “life, liberty and the pursuit of happiness.” How could citizens be guaranteed the opportunity to exercise those rights if the new federal government were not restrained by the Constitution? This is the reason that, during ratification, the states exacted some promises that the first session of Congress would fulfill.

The states wanted some specific protections that would secure the rights to life and liberty and assure that the pursuit of happiness would not be hindered. They wanted written assurance that the federal government would never bulldoze their God-given rights under the guise of protecting them.

citizens wanted written protection for the integrity of the news.