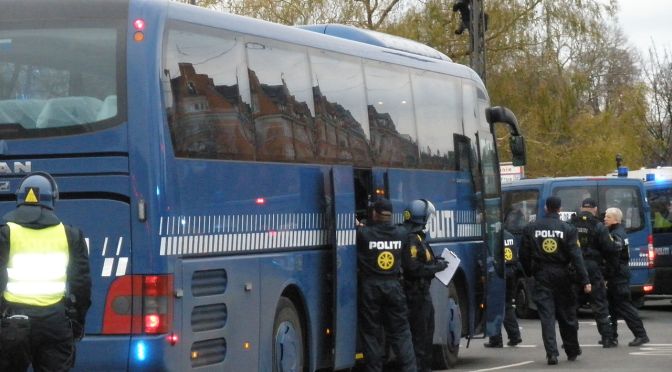 Government exists on earth as the repository of God-given authority over human beings for the purpose of good order and safety. That is the thesis underlying the Declaration of Independence, and the guiding principle in the design of the Constitution of the United States of America. The men who wrote those two documents were quite familiar with the passage in Romans 13 where Paul wrote about the good purpose and function of government:

1Let every person be subject to the governing authorities. For there is no authority except from God, and those that exist have been instituted by God. 2 Therefore whoever resists the authorities resists what God has appointed, and those who resist will incur judgment. 3 For rulers are not a terror to good conduct, but to bad. Would you have no fear of the one who is in authority? Then do what is good, and you will receive his approval, 4 for he is God’s servant for your good. But if you do wrong, be afraid, for he does not bear the sword in vain. For he is the servant of God, an avenger who carries out God’s wrath on the wrongdoer. 5 Therefore one must be in subjection, not only to avoid God’s wrath but also for the sake of conscience. 6 For because of this you also pay taxes, for the authorities are ministers of God, attending to this very thing. 7 Pay to all what is owed to them: taxes to whom taxes are owed, revenue to whom revenue is owed, respect to whom respect is owed, honor to whom honor is owed (Romans 13:1–7 ESV).

Paul did not write such words out of ignorance that some people who serve in government are violent, murderous thieves. Nobody was more cognizant of sinful human nature than the apostle Paul. Rather he wrote this short essay to comfort Christians in the capital city of the Roman Empire, and his words are preserved for all generations to be equally comforted. Roman citizens who received Christ and followed him had the same issue with government authority that contemporary Christians have: If the government demands that we do something God himself has forbidden, what do we do?

Paul’s description of the proper function of government makes it very clear that government’s authority comes from God. Therefore, government that operates in respectful submission to God’s authority will never pose a threat to Christian obedience to God. This is the reason that the representatives at the Constitutional Convention believed it to be unnecessary to insert a clause that protected the freedom of a citizen to obey God rather than men. Those representatives considered that freedom to be a foregone conclusion that was obvious to everyone.

The discussions surrounding ratification made it clear that many people did not consider the unstated assumption of the Convention to be clear enough that they felt safe. Rather than seek a safe space west of the Alleghenies, they advocated for an amendment that would protect their freedom in case someone did challenge the authority of God. The First Amendment to the Constitution recognizes that every person must put God’s authority first, above all other authority, and that is the reason that “free exercise” of religion is protected.

The major thrust of the work of the Constitutional Convention was to create a government that did, in fact, secure and protect the God-given liberty of the citizens while assuring that nobody used liberty as a license to steal, murder and destroy things.

The problem with any government, however, is that it is made up of human beings, all of whom are born with sinful human nature. Government puts those imperfect vessels of authority in close proximity with both money and power, and there is little to prevent officials in a government from doing evil things, especially if they are very clever. Imperfect individuals in the possession of great power and authority can do terrible things. A police officer whose sin of considering himself greater than the people he serves is an example. He may extort protection money. He may sell his services to the underworld. He may delightedly murder citizens who are at his mercy just because he can. If all police officers, or even if most police officers, behaved that way, our nation would be quickly destroyed. Police officers are supposed to enforce the peace, but murdering innocent people creates violent reactions, not peace.

Personal venality of members of the government is not the only threat to good government. The government is almost always under assault by people who want to change it. They do not want to follow the slow process of winning hearts, obtaining voter support, holding orderly meetings and elections and etcetera. They want change, and they want it now. One of the powerful strategies to agitate citizens to demand change is to circulate half-truths, self-serving statistics, and hints at possibilities. People become agitated. They can’t get the truth, and they feel betrayed.

This state of affairs describes the attitude toward government at all levels in the US today. It is the reason that #Blacklivesmatter is able to recruit so many people to its side. This is the reason Nick Pitts says, “The enforcement of justice and the restoration of peace are heavenly echoes in an earthly wilderness. Although heaven is perfect, we are not.” Government has a perfectly godly role in the universe, a role defined by the Creator, but it does not always fulfill that role with integrity and honor.

When government fails the citizens it serves, something must give. Our Constitutional government at the federal level, and our state, county and local governments as well, are all accountable to the voters, but sad to say, voters, too, are human and subject to corruption. Their motives are not always pure, and their hands are not always clean.

Government at all levels in the US needs to be held accountable for honest administration of good laws and good policy. Voters need to talk about the problems, and voters need to reshape government that is not doing its job. Some will say that the solution is “Throw the bums out!” There are mechanisms to do exactly that. Some will say that the solution is better laws or better policies or more citizen involvement. All those things can be done, but nothing happens overnight. In the meantime, if we want any semblance of freedom, peace and good order, each of us must exert the self-discipline to behave responsibly no matter what we think of the government.

Here is the conclusion of Paul’s statement on good government. It is a fitting conclusion for us as well:

8 Owe no one anything, except to love each other, for the one who loves another has fulfilled the law. 9 For the commandments, “You shall not commit adultery, You shall not murder, You shall not steal, You shall not covet,” and any other commandment, are summed up in this word: “You shall love your neighbor as yourself.” 10 Love does no wrong to a neighbor; therefore love is the fulfilling of the law (Romans 13:8–10 ESV).