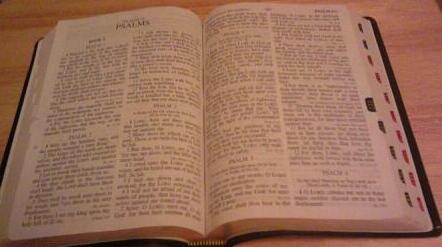 The Son of Man came not to be served but to serve, and to give his life as a ransom for many. Mark 10:45

By Katherine Harms, author of Oceans of Love available for Kindle at Amazon.com. Watch for the release of Thrive! Live Christian in a Hostile World, planned for release in the winter of 2016.

How vast your mercy to accept
the burden of our sin,
and bow your head in cruel death
to make us clean within.

Oh, let your mighty love prevail
to purge us of our pride,
that we may stand before your throne
by mercy purified.

All praise to you, ascended Lord;
all glory ever be
to Father, Son, and Spirit
blest through all eternity.
Latin Hymn trans. by John Chandler

When Christ became incarnate and lived on earth, he gave up everything that secular teaching promotes. In secular philosophy, the guiding force of the time/space world we call “reality,” people pursue “success.” They target people who deprive them of means and opportunity for success, and they bring them down. Along the way, the energy of envy, jealousy, spite and revenge destroy enemies and prop up victorious warriors.

Christ put everyone on earth ahead of himself and became the servant of mankind. Christ gave up everything not so that he could bring people down, but rather, so that he could raise people up. Jesus targeted his enemies by becoming powerless and vulnerable, like a child, and then he served them by dying on a cross for them. After Jesus told his disciples what was coming for him, it must have broken his heart to hear them begin to fight over who would succeed him on the team. When they settled in at Capernaum, he asked them about that self-serving conversation. Then he said, “Whoever wants to be first must be last of all and servant of all.” (Mark 9:35)

None of them had apparently grasped even a hint of what he meant. We who serve, or allege to serve, Christ in the twenty-first century hardly grasp it, either. It is very hard wrap our minds around the truth that when God wanted us to really understand who he was, he entered human flesh and lived with all the same limitations we have. It sheds a lot of light on the statement in Genesis that says, “God created humankind in his image, in the image of God he created them; male and female he created them.” (Genesis 1:27) If Christ is the image of God, then we should understand that all we need to do to live that image, the image of God implanted in us at creation, is to be like Christ.

To be like Christ is to embody this truth: “Whoever wants to be first must be last of all and servant of all.” (Mark 9:35) In other words, whoever is the most humble and self-denying looks the most like Christ. Jesus said essentially the same thing when he said, “If any want to become my followers, let them deny themselves.” (Mark 8:34) It sounds counter-intuitive. If someone denies himself, is that not an attempt to suppress his unique created gifts? Secular teaching says that we must dream dreams and fight for our success and achieve our potential. We have heard even Christian teachers try to motivate us to discover our calling and obediently fulfill it. Is Christ saying that we should be dishrags?

Not at all. To deny self is simply to let go of the need be the greatest, the need to be first. To deny self is to take the last seat after everyone else has taken one, and then be the first to get up and give that seat to another person who has arrived late.

Paul said it another way. When he wrote to the Philippians he told them that they should be just like Christ who, “who, though he was in the form of God, did not regard equality with God as something to be exploited, but emptied himself, taking the form of a slave.” (Philippians 2:6-7) To be a slave was to be a servant, a nobody. God created us in his image, in the image of a servant, in the image of a person who looks after the needs of others before himself. To be Christlike, therefore, is not to call attention to oneself for performing service, but rather to be selfless in service and self-effacing in demeanor. Christ’s followers do not serve others in order to “make a difference.” They aren’t looking for the attention of people who say, “Oh, look what a difference John made!” Christ’s followers serve in order that people say, “Look what Christ does in John’s life. I give thanks to Christ for John.”

The lesson of Christ’s words is that he most truly showed God’s image, not in miracles of healing and feeding and calming storms, but in his death on the cross. By becoming the servant of all, Christ truly showed us what God is like. God has the power to heal dread disease, but his real power heals broken hearts. God has the power to feed people with loaves of bread, but his real power is to feed spirits and strengthen us when life is hard. God can calm the waves of the sea, but his real power is to calm our fears in the dark nights of life. We are most like God when we put our own needs and wants and ambitions aside and go with other people through the dark hours and the pain and the madness.

Christ is the image that counters the image the world is selling these days. Christ shows us what happens when human beings become servants of God in service to one another. The world sells the image that the government can be like God, the provider of all things. The world attempts to sell the notion that in yielding everything to government rather than yielding to God, people will gain everything they need. Satan wants people to serve any power but God. When we look at what Christ said, that the servant of all is the greatest, then we can clearly see that state power, government power, is not God. State power is not a servant. When it is good, it is a terror to evil, but when it is bad, it is a terror to its citizens. Its benevolence is like an insidious poison that ultimately strips away every human right and replaces them with its own definitions of need and good.

The apostle Paul describes the things that are opposite to the image of Christ this way: “fornication, impurity, licentiousness, idolatry, sorcery, enmities, strife, jealousy, anger, quarrels, dissensions, factions, envy, drunkenness, carousing, and things like these.” (Galatians 5:19-21) Notice how many of these things start with a self-serving attitude. Then he describes what it is like to be servant of all, to be Christ-like: “love, joy, peace, patience, kindness, generosity, faithfulness, 23 gentleness, and self-control.” (Galatians 5:22-23) Notice that these attitudes point outward to others. The servant of all pays attention to others and serves others. The envy, anger, and jealousy that motivate strife, quarrels and dissensions are the fodder of secular political platforms. Political speakers allege that government will bring the kingdom of God on earth, yet the same speeches motivate all the things that God’s kingdom is not – envy, jealousy, anger, and dissension.

Christians who want to be responsible citizens in a participative government like ours in the USA must filter through a lot of rhetoric in order to exercise the right to vote wisely. That observation may sound like a mismatch in a post about servanthood, but it fits perfectly. Even as we pray and study and listen to Christ in our efforts to become the servants he wants us to be, we go on living in the world where political power acts. By the grace of God, in our country we have the right and the responsibility to vote, which means that our votes must be and will be shaped by our servant lives. We have the obligation to see through the self-serving rhetoric and recognize when a politician is motivating hatred of rich people he holds up as targets under the guise of serving the poor. Christ did not make targets of the rich in his life. Christ’s presence in the homes of rich people did not motivate them to give all their money to the Roman government. Christ made selfishness and envy the targets. He wanted to motivate the poor to generosity (as the story of the widow’s mite informs us) as much as the rich (think Zaccheus).

Being Christlike, being a servant of all, is a huge responsibility. It is a tough thing to do, to think of others before self. None of us can actually do it all the time. When we succeed, then we hope somebody notices, which of course, flies in the face of our original objective of selfless service. But then Jesus never said it would be easy. Look what it got him.

He was teaching his disciples, saying to them, “The Son of Man is to be betrayed into human hands, and they will kill him, and three days after being killed, he will rise again.” But they did not understand what he was saying and were afraid to ask him. (Mark 9:31-32)