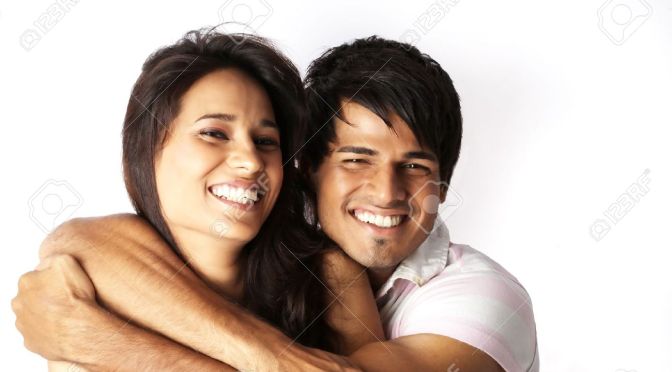 “I have good news for you, but it might cost you your life. Would you like me to continue?”

Imagine that you answered a knock at your front door, and these were the first words out of the mouth of the man standing on your front porch. What would you do?

A pastor in Vietnam, who must remain nameless because of danger to his life, starts telling people about Jesus with these words. He might be eating dinner with someone, or walking down a street, or sitting in a grassy park. He strikes up a conversation, and when he feels led by the Holy Spirit to share Jesus with a person, he says, “I have good news for you, but it might cost you your life. Would you like me to continue?” He says that most people ask him to continue, because they want to hear the good news. Many go ahead later to receive Christ into their hearts. The good news of Christ brings them forgiveness, salvation, and eternal life, but the threat of losing their earthly life is not an idle one. When persecution comes, as it does for many Vietnamese Christians, it is not a surprise. This pastor warned them.

Vietnam is one of only five countries in the world today with a communist government, and communist governments as a matter of fundamental conviction consider religion to be an annoying problem, if not, indeed, a threat to the state. In Vietnam, the major source of religious persecution derives from the government’s determination to keep religion under control with the undisguised objective of eradicating it. The religions that do persist in the country, dominated by the Buddhist demographic, often view Christianity with no less contempt than the government does, leading to threats and violence against Christians, which the government is loath to prosecute.

For generations, Christians in the USA have believed that they were safe from persecution by the culture and safe from prosecution by the government for their religious words and deeds. No evangelist in the USA has ever started his sermon by saying, “I have good news for you, but it might cost you your life. Would you like me to continue?” It has not happened yet, but it could happen. Already, a preacher who said, “If you listen to me, the IRS may initiate an audit of your taxes,” would not be off base. There is considerable evidence that the federal administration at the highest levels wants to suppress and repress the expression of political and social views based on Christian teaching and wants to restrain and impede the exercise of the civil rights of citizens who choose to advocate for moral and legislative action in keeping with Christian principles.

It has been common in US history for people with Christian values to attempt to enact legislation and to influence policy decisions that embody the values by which Christians shape their lives. There has always been controversy about that, because there are always people who have differing, even completely opposite, views. The discussion has been brisk at times, but only the advent of social media has allowed the mass attacks such as those mounted against the owner of Chick Fil-A or Hobby Lobby. Only in the past five years has it been even thinkable that someone could lose a job for taping a Bible verse to her own computer screen at work. Only in the past five years has a professor been threatened with loss of tenure for declaring that evolution is not proved to explain biological species. Only in recent months has it been conceivable that a county clerk could be jailed for acting on her Christian principle that marriage is the union of a man and a woman. It has always been true in the USA and everywhere around the world that some people think Christian ideas are weird or old-fashioned or out of touch with reality. However, only recently has there been a growing pressure at all levels of government to shut up Christians and shut down Christian activism. Advocate for laws against eating meat if you are a vegetarian. Advocate for the end of oil exploration if you believe that solar is the only just energy source. Advocate for men to be permitted to urinate in women’s restrooms if they feel feminine at the time. But do not advocate that bakers be permitted to decline orders for wedding cakes celebrating same-sex marriage.

Such developments change the way Christians rear their children. My parents read Bible stories to me. They taught me to pray before eating. They took me to Sunday School and church faithfully. They talked with me about moral questions. But never did either of them say, “I have something to tell you, but it might cost you your life.” I am not sure what I would have done if they had talked to me that way. I do know that such a statement would absolutely have captured my full attention.

What do you say to your children? Do you dare continue teaching them to believe God and act on his teachings without warning them that they could suffer for doing so? Jesus said that the gate is narrow, and the path even moreso, that leads to eternal life. There are a lot of people on an interstate to somewhere, all singing “A Mighty Fortress,” but one wonders what the traffic on that interstate would be if the government or the culture or both decide to put a stop to the influence of Christians in the USA.

What you need to say to your children might even cost you your life, and it might cost them their lives if they heed what you say. Do you plan to continue?

By Katherine Harms, author of Oceans of Love available for Kindle at Amazon.com. Watch for the release of Thrive! Live Christian in a Hostile World, planned for release in the summer of 2016