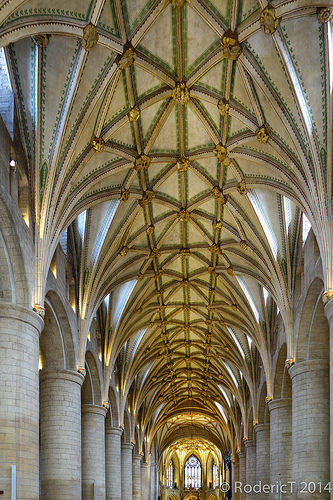 Really good fiction may not be a true story, but the best fiction is always truth. For example, In the novel Thirteen Moons by Charles Frazier, there is a startling and insightful commentary on the failure of self-identified Christians to live up to the faith we all profess. In the early nineteenth century, a Christian group offered to provide Cherokee Indians in the Blue Ridge mountains some Bible stories translated and written in the Cherokee syllabary. Before agreeing to the distribution of these stories, the Cherokee leader, Bear, asked for samples of Bible stories, which he heard with some interest. Describing the outcome, the author concludes the matter this way:

In the end, [Bear] said he judged the Bible to be a sound book. Nevertheless, he wondered why the white people were not better than they are, having had it for so long. He promised that just as soon as white people achieved Christianity, he would recommend it to his own folks.   p. 21

Any Christian who has talked with very many people about what it means to be Christian has heard a similar response. Most people express it by saying that they don’t want to be Christians because of all the hypocrites in the church. They, like Bear, want all the people who claim to be Christians to “achieve” Christianity before they themselves undertake it.

Jesus warned Christians that this would be a problem when he told his disciples that their love for each other would be a mark of his reign in their lives. In another place he said that we should do good works in such a way that it made people praise God, not us. Jesus expected people to watch his followers and notice what they did and what they did not do. We should all be alert to the fact that our lives are viewed by people as the expression of our relationships with Christ, or the lack thereof. Christians regularly bemoan the fact that people who do not know Christ use imperfect Christians as an excuse to reject Him.

People who reject Christ because of their issues with some of Christ’s followers are looking at the wrong standard. The only way we can hope to get past that problem is by seeking the character trait of humility. We know that John was right when he wrote, “what we will be has not yet appeared; but we know that when he appears we shall be like him, because we shall see him as he is”(1 John 3:2 ESV). We know that we are not perfect.

When we invite people into Christ’s kingdom, we must point them to Christ, not to other Christians. Yet, we all are called to live a faithful testimony to Christ, and that means we must be as much like him as we can manage. People do not all mature at the same rate, so it takes longer for some people, but if we keep our own eyes on Jesus, all of us should certainly demonstrate growth, even if we don’t demonstrate perfection. We must resist the temptation to try to pretend we are anything but works in progress. One of the reasons churches traditionally have spires, arches, and lofty windows is that designers want them to point people’s attention away from earthly things to heavenly things.

When Christ was about to ascend to heaven, some of his followers gathered to be with him. Not one of them was a perfect example of what a Christian should be. Each was a flawed, but redeemed, individual. Jesus did not say, “When you become perfect, then go into all the world.” He said, “Go . . . and make disciples of all nations, baptizing them in the name of the Father and of the Son and of the Holy Spirit, teaching them to observe all that I have commanded you” (Matthew 28:19-20 ESV). Imperfect though we are, we are chosen. We, the imperfect, must go ahead and share with the world that good news that Christ died and is alive in order to save sinful, imperfect human beings. We don’t run ahead of sinners and cry out, “Follow me!” We walk beside them and say, “Let’s go to Jesus.”

How precious to me are your thoughts, O God! How vast is the sum of them! If I would count them, they are more than the sand. Psalm 139:17-18a ESV

If I say, “I will not mention him, or speak any more in his name,” there is in my heart as it were a burning fire shut up in my bones, and I am weary with holding it in, and I cannot. Jeremiah 20:9

I know that my Redeemer lives, and that at the last he will stand upon the earth.  Job 19:25

This confession is famous, but its circumstances are not usually mentioned. It is valuable to look at the setting.

Read Job 19:21-24
“Have pity on me, my friends, have pity, for the hand of God has struck me. Why do you pursue me as God does? Will you never get enough of my flesh?
“Oh, that my words were recorded, that they were written on a scroll, that they were inscribed with an iron tool on lead, or engraved in rock forever!”

Read Job 19:28-29
“If you say, ‘How we will hound him, since the root of the trouble lies in him,’ you should fear the sword yourselves; for wrath will bring punishment by the sword, and then you will know that there is judgment.”

When I was seventeen, I met an avowed atheist. He had more luck talking to me than I had with him. He challenged me to read Atlas Shrugged and I did. I challenged him to read the New Testament, and he didn’t. I learned something about the way atheists think about life in time and space. He chose not to learn about life with an eternal frame of reference.

The problem is that I live in both the time/space universe where the atheist lives and the eternity/infinity universe where God lives and reigns. I acknowledge the existence of the atheist’s universe, but he does not acknowledge the existence of the eternal/infinite realm. He interacts with the spirit world he denies just as often as I do, but he denies all the evidence of that interaction.

We who live at the intersection of time and eternity in relationship with Christ are flummoxed by people who reject the whole idea of a spirit world. We feel shut down, because we are not sure how to start talking with someone who simply rejects everything that shapes our daily lives. It isn’t an imaginary problem, but even though we must face and deal with the problem, we need to remember that God is not hindered by the same issues that stop us in our tracks. Whether or not atheists allow us to talk with them we always must remember that God is not daunted by anyone’s unbelief. Who knows how many times Nicodemus scoffed at the whole idea that God could have come to earth in the flesh before he sneaked out one evening to talk with Jesus?

The culture of the USA is growing increasingly secular, which means that more and more people in our world consider any form of religion to be useless twaddle. Secular thinkers consider that at best religion is the same kind of comfort we might derive if someone drew a smiley face on a post-it and stuck it on our computer display at work. At worst, they look at September 11 and at the escalating violence that seems to be overwhelming the Arab spring and conclude that it would be better for the whole idea of religion disappear.

If we take our Christian faith seriously, we are disturbed by these developments. We feel some fear that government policies shaped by secular thinking might attempt to shut religion out of our culture altogether. We worry that the protections we assume were intended by our Founders in the First Amendment may be redefined to restrict our freedom to exercise our faith. If we truly believe that Jesus has commanded us to make disciples by teaching other people what Jesus taught us as we go about our daily lives, then we worry that our freedom to engage in that task will be diminished in a secular culture. Further we worry that even though we may be free to speak about our faith, people will generally dismiss us as slightly batty rather than consider what we have to say. If we are honest, we would prefer an acerbic engaged conversation to a condescending or indifferent shrug.

The biblical guidance for living faithful lives in a secular culture is not so different from that for living faithful lives in a culture dominated by a religion. The nature of our stresses is different if our testimony is challenged by somebody else’s god than if it is challenged by the denial of all gods. No matter the challenge, our response is always the same. Christ told us exactly what to do.

43 “You have heard that it was said, ‘You shall love your neighbor and hate your enemy.’ 44 But I say to you, Love your enemies and pray for those who persecute you, [1]

Be faithful until death, and I will give you the crown of life.[2]